On Wednesday the 13 June 2018, the four semi-finalists from the Port Macquarie State Championships mustered at Figtree Oval Wollongong to find out who would be in the Police Bank Grand Final.

Parramatta, the Illawarra Steelers, Penrith and the Eastern Suburbs Wombats were the four top teams to survive Port Macauarie, which was washed out due to torrential rain. In the two semi-finals, Easts defeated the Steelers 20 points to 10 and Penrith defeated Parramatta 24 points to 10, setting up a super grand-final between Penrith, who had rebuilt and re-entered the competition and the Eastern Suburbs Wombats.

A great Police Bank Cup Grand Final between Easts and Penrith today at Figtree. Easts jumped out to a 16-4 lead mid way through the 2nd half before the Panthers come storming back with 3 tries to hit the lead 18-16 with 2 minutes left. Easts managed to regain possession off the kick off after a smart short kick by Col Farmilo and worked the ball down field. With less than 10 seconds on the clock Easts threw the ball wide and 2nd Rower Mitch West beat 3 players to get over the line for a match winning try. A great effort by both teams. Mitch West also took out the player of the tournament and Bob Aldridge Memorial award for player of the year. (Story Rod Sheraton VP.)

Thanks to all of the players, officials, trainers and coaches for another great year of Police Rugby League and we look forward to seeing you all in 2019. We thank our fantastic sponsors, the Police Bank, Police Health, Crimsafe and Smart Leasing. 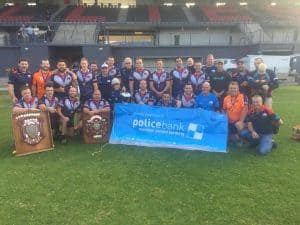 Penrith and Easts lineup prior to kickoff. 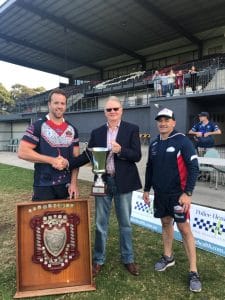 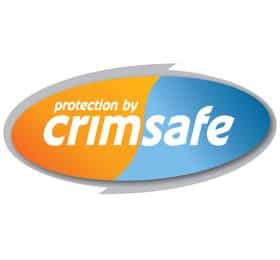 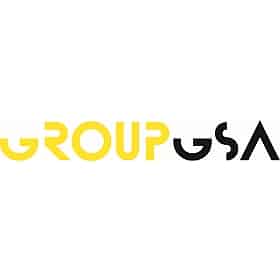